The SC680A module enables a variety of industrial and consumer IoT verticals with high data rate and powerful camera features. The SC680A also has a long lifecycle through to 2028 so that it can satisfy the need for extended hardware availability and help the IoT sector create future-proof IoT solutions.”

In order to meet the different needs of various regions around the world, the SC680A family offers multiple variants:

- Another variant SC680A-JP for the Japanese market.

Designed with pin-to-pin compatibility with Quectel’s previous generation smart modules such as the SC600Y/ SC600T/ SC606T/SC686A series, the SC680A series can help IoT developers upgrade their smart terminals easily and accelerate the time-to-market of their devices.

Quectel is uniquely positioned to help build a smarter world with broad portfolio of IoT solutions and one-stop services. In addition to smart modules spanning across every market segment from entry level to premium tier, Quectel also offers a comprehensive range of high-performance antennas. In particular, Quectel’s range of Combo antennas, which integrate multiple technologies such as 4G, Wi-Fi and GNSS, offer a highly flexible and reliable antenna solution for outdoor applications.

The SC680A series is Quectel’s new generation of multi-mode LTE Cat 6 smart modules with built-in Android OS. Based on Qualcomm octa-core and 64-bit ARM v8.0 compliant application processor with built-in Adreno 610 GPU, the module is designed to support high performance, various multimedia features and Quick Charge 3.0 technology. It is ideal for both industrial and consumer applications, with high data rates and multimedia functions. 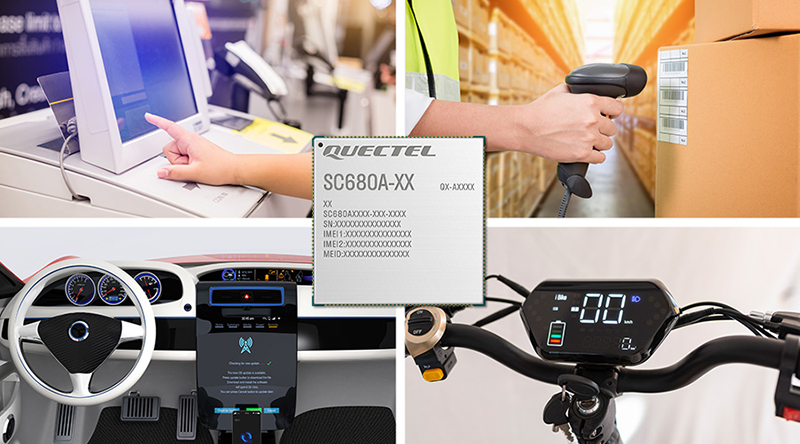 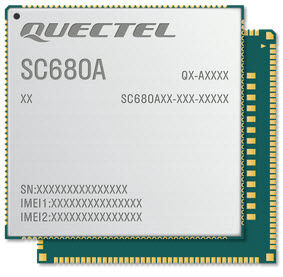