Chirp, also known as Chirp Spread Spectrum (CSS) is a unique radio frequency technology that enables wireless communication in a multitude of scenarios, from tracking livestock in large outdoor farms to offering collision awareness in underground mines. It’s been in the industry for over 20 years and is known as a powerful 3-in-1 solution for Real-Time Location Systems (RTLS), ranging and communication.

Chirp’s use cases include:

In this post, we’ll take a trip down memory lane to examine the history of chirp and where it is today.

The Early Beginnings of Chirp

Chirp works by transmitting data between devices through radio waves, and communicating using signals also known as chirps. This communication technique is actually used in the natural world by animals like dolphins and bats. These chirps were then introduced in technology settings for radar applications, in 1940s by Professor Hüttmann. In 1947, Sidney Darlington, a lifetime IEEE fellow, further developed chirp in radar applications during his time in research.

Then in 1996, the development continued with Canon patenting chirp pulses for data transmission in fiber optic systems. As chirp operates on the 2.45 GHz ISM band, it was also used in military applications for reliable communication with protection against interference. Many of the advancements of Chirp Spread Spectrum since the 1990s continued with nanotron Technologies, a leading provider of electronic location awareness solutions, later acquired by Inpixon.

Chirp’s History with Inpixon – A Timeline of Events

Inpixon is now a leader in chirp technology, providing solutions like the Inpixon Asset Tag, nanoANQ Chirp anchor, nanoANQ Chirp PCB circuit board and Swarm Chirp module. This technology provides chirp-enabled solutions in location tracking, ranging and communication in a variety of real-world scenarios across multiple industries such as construction, mining and livestock management.

Chirp’s key attributes include its:

But that’s only scratching the surface of what chirp provides to organizations today. To learn more about chirp technology and how it stands out among other RF technologies, download the free chirp whitepaper or contact us today!

Article written by by Norman Dziengel 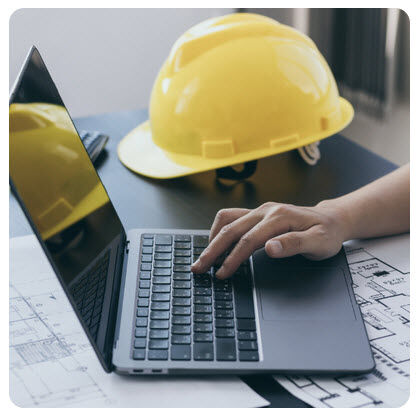