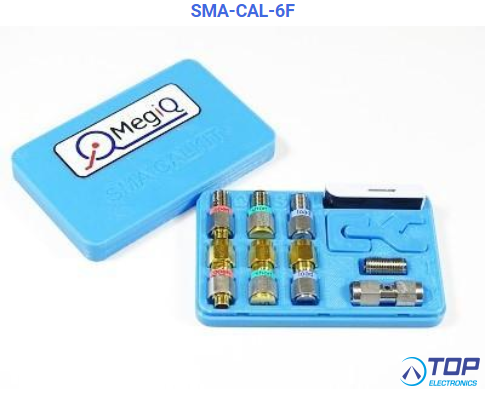 The SMA-6F Full calibration kit provides all elements for Male and Female Open-Short-Load and Through calibrations for one and two port VNA measurements.

With separate Male and Female elements this kit provides more reliable and easier calibration than the Basic kit.

Two SMA wrenches (for nut and for shaft) are provided to get a reliable mating without damaging the connectors.

The kit includes a USB stick with correction coefficients and a full set of S-parameters for full calibration element correction.

The Load match is better than 34dB. The S-parameters of the Load elements are individually measured for high precision measurements and provides an effective Load match of better than 40dB.

The correction coefficients are provided as MegiQ CalKit file and as Touchstone S-parameters for import in other brand VNAs.