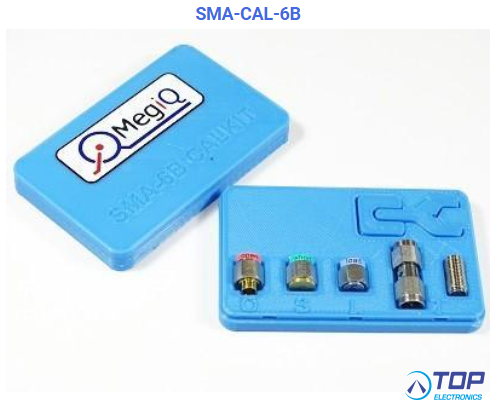 The SMA-6B Basic calibration kit provides the elements for performing Open–Short–Load and Through calibrations for one and two port VNA measurements.
The male Open–Short–Load elements can be used directly on female measurement ports. With the Female-Female adapter the calibration elements provide calibration for Male measurement ports.
Two SMA wrenches (for nut and for shaft) are provided to get a reliable mating without damaging the connectors.
The Load match is better than 30dB. Generic correction coefficients for the elements are provided.
A CalKit definition file for MegiQ VNAs is available for easy import in the software.